Our Patron and Executive Team

Read about our Patron, our executive team and their responsibilities. 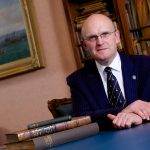 Mike Bullock took early retirement from the Royal Navy in the rank of Commodore to join the Northern Lighthouse Board as Chief Executive in April 2014. During his naval career of 34 years, he served in a total of six ships and submarines. He also worked in the British Embassy Washington DC, the NATO Headquarters in Northwood London, the Ministry of Defence in Whitehall and the Pentagon as the UK representative for Logistics. His final appointment was in Navy Command Headquarters, Portsmouth, where he had responsibility for Logistics and Infrastructure for the Royal Navy, Royal Marines and Royal Fleet Auxiliary.

He is a graduate of the Royal College of Defence Studies, holds an MA in International Security and Strategy from King’s College London, is a Non-Executive Director of the Scottish Maritime Cluster, a member of the Hammermen of Edinburgh and High Constabulary of the Port of Leith, a Fellow of the Institute of Transport and Logistics, a trustee of the Museum of Scottish Lighthouses in Fraserburgh and a trustee of the Northern Lighthouse Heritage Trust.   He was awarded an MBE in 1990 and more recently, an OBE in the 2021 New Year’s Honours list for Services to the Safety and Welfare of Seafarers. 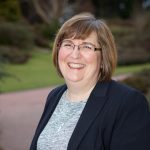 Mairi Rae is Director of Business Services. Mairi joined NLB in March 2015. Mairi oversees all financial aspects of the organisation and is responsible for Supply Chain, ICT and NLB’s Business Support function.

Mairi spent the first 22 years of her career in commercial and engineering companies as the lead finance professional delivering major projects including introduction of new sites, systems, products and services; management buy-out; business restructures and site closure.  In 2007 she transferred into a Public Sector role as Head of Finance and IT at the National Galleries of Scotland. During her role at the National Galleries of Scotland, she held senior roles in major projects including Shared Services; Refurbishment of the Scottish National Portrait Gallery; Joint Titian project with National Gallery; Joint Artist Rooms project with Tate.  Mairi holds a BA in Accounting from Edinburgh Napier University and is a Fellow of Chartered Institute of Management Accountants. 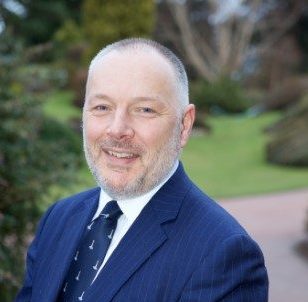 Phil Day is Director of Operations. A Master Mariner, Phil joined NLB in December 2007. He spent 18 years at sea worldwide before taking up  shore based roles, latterly with BP. Phil is responsible for all operational aspects of NLB, including: engineering; AtoN reliability, condition and refurbishment; NLB tenders, Pharos and Pole Star; Oban Base and the operation of NLB contract helicopter as well as NLB’S statutory duties of Superintendence of Local Light Authorities and other providers of AtoN’s. He is also a Chair of the IALA Aids to Navigation Requirements and Management (ARM) Committee.