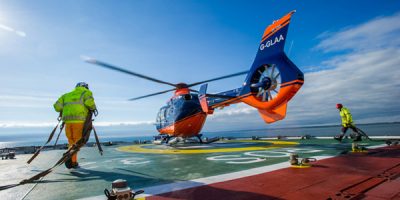 NLV PHAROS, one of the ship’s which services marine Aids to Navigation in Scotland and the Isle of Man will play a significant role at London International Shipping Week (LISW) when she will be berthed in the Thames alongside HMS BELFAST from 7 to 13 September 2019.

The Northern Lighthouse Board’s 84m multi-function Tender is set to make a spectacular arrival on Saturday 7 September at approximately 21.30, when she will make her way under Tower Bridge with Pipe Major Steve Duffy playing the bagpipes on the ship’s helicopter deck.

PHAROS will provide a venue for seminars, meetings and receptions during LISW, including the hosting of a major careers event for Maritime UK, and prestigious events for the Met Office, Isle of Man Maritime, UK Chamber of Shipping, and the Department for Transport (DfT).

PHAROS’ usual home is Oban, Scotland and she works mainly in Scottish and Isle of Man waters. In addition to her primary role responding to wrecks and new navigational dangers, the vessel supports the maintenance and refurbishment of NLB’s 200 plus lighthouses as well as conducting buoy operations.

PHAROS came into service in 2007. She is equipped with a helicopter pad, dynamic positioning, a 30 tonne crane and a hydrographic survey suite.

“The vessel’s presence in the Thames is an opportunity to showcase our work to a global audience and we are delighted that PHAROS will be taking such a high profile role at London International Shipping Week.”

Earlier this year, the work of PHAROS and her crew was featured on the BBC’s Countryfile Winter Diaries and NLB’s Patron HRH The Princess Royal was interviewed on board PHAROS for the One Show.

PHAROS will provide a unique and unusual venue for recording TV and radio broadcasts while moored in the Thames and we invite you to get in touch if you would like to film from the ship, during the week.