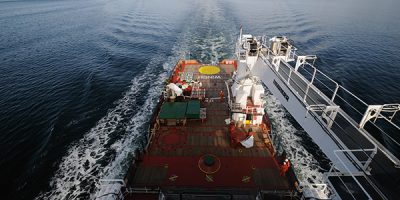 PHAROS and POLE STAR will take part in events to commemorate the centenary of the scuttling of the German High Seas Fleet in Scapa Flow, Orkney this week (17 to 22 June). The ships will be part of the flotilla which will gather on Friday 21 June, to mark the moment when the vessels were scuttled and remember the German lives lost during the period of the internment and the scuttling of the vessels.

Mike Bullock, Chief Executive of the Northern Lighthouse Board said:

“We are honoured that PHAROS and POLE STAR will be participating in the commemorations to mark this historic and poignant event and delighted to be given the opportunity to reaffirm the already strong relationship between the Northern Lighthouse Board and the people of Orkney.”

Vessels open to the public
Both vessels will be open to the public from 1pm to 4pm on Saturday 22 June when visitors will have a chance to meet the crew, have a tour of the ships and find out more about the work of the Northern Lighthouse Board.  PHAROS will be berthed in Kirkwall and POLE STAR in Stromness.

The roles of PHAROS and POLE STAR are to deploy and maintain buoys and be ready to respond to wrecks and new dangers to navigation. PHAROS is able to carry a helicopter and delivers materials to lighthouses for normal operations as well as during major refurbishment and reengineering projects. Both vessels also carry our work for other Government departments and Commercial organisations such as hydrographic surveying, deployment of buoys and scientific instruments.  In addition PHAROS is regularly used in support of the NATO Submarine Rescue System.