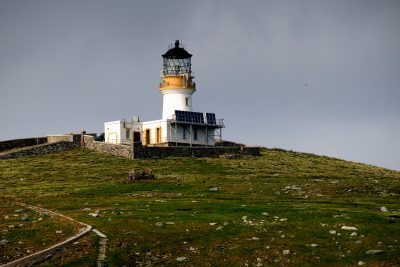 A new musical exploring the disappearance of the Keepers from the Flannan Isles is currently being produced by the creative team of ‘Dark Isle’ and we are delighted to share with you an exclusive clip of the show’s opening number with fantastic footage of the Flannan Isles Lighthouse – see below.

There are many theories as to how the men disappeared and we look forward to seeing how the show develops. But despite the intrigue and dramatised speculation of what may have happened, we have to remember three keepers lost their lives and the families of these three men, to this day, do not know their fate.

The team behind the musical ‘Dark Isle’ explain more:

“Our show is based on the few days leading up to the disappearance of the three lighthouse keepers on Flannan Isle in December 1900. As we will never know exactly what happened, we have been able to explore various storylines of how the keepers may have met their demise. Early on we delved into the many theories surrounding the mystery; from fantastical stories suggesting the men had been torn away by Selkies or transformed into giant black birds, to the more realistic psychological pressures of the lighthouse life, and how it may have become too much for the men and perhaps led them to turn on one another.

We have since narrowed down our story to one which is focused on the keepers’ characters themselves, navigating both their lives and those of the families they left behind. Through their eyes we uncover what happens when you throw three men with individual experiences, thoughts and pressures together in amongst the catalyst of a treacherous storm!

2020 has given us some great opportunities to begin to understand a little of how the keepers might have felt, isolated away from the outside world with just each other for company. Our own experiences of lockdown have allowed us to start to imagine some of the inner struggles that the keepers might have been facing at the time of their disappearance.

Our musical is a created story, but is based in a lot of factual historical research about the men and their lives upon which we have built our own versions of possible events. One of the exciting aspects of ‘Dark Isle’ is that we have explored the women that stood alongside the keepers. There isn’t as much written about them from 1900s except their relationships to the men, so we have had a real chance to extrapolate and weave deep interpersonal relationships between our women in the show. The male keepers – although alone on the island – were not alone in their lives, and we wanted a chance to see the women who were there after the storm clouds lifted.

We have been extremely grateful to Communications Officer Fiona Holmes at the Northern Lighthouse Board for all her help and support during our writing process so far. She has been able to put us in contact with so many useful people and organisations. One person who was particularly helpful during our early days was Lewis-based Director and Producer Elizabeth MacBain. Elizabeth generously provided us with incredible source material about the keepers themselves and their families, as well as giving us detailed information regarding the construction process of the lighthouse and authentic period news articles which documented the disappearance back in 1900. Finally, a huge thank you to NLB Technician Luke Johnson whose incredible drone footage of the Flannan Isle Lighthouse and Eilean Mòr can be seen on the video below.

We will be continuing to work throughout the next year workshopping the show, and potentially recording a cast album before premiering. It has been a joy to be able to bring this story to life and to find out about these fascinating people with lives vastly different from ours 120 years on!”