For over one hundred and fifty years Robert Stevenson and his descendants designed most of Scotland's Lighthouses.

For over one hundred and fifty years Robert Stevenson and his descendants designed most of Scotland’s Lighthouses. Battling against the odds and the elements – the Stevensons constructed wonders of engineering that have withstood the test of time, an amazing historical achievement.

The National Library of Scotland hold a collection of of 619 items in 80 volumes from the archive of the civil engineering firm of Robert Stevenson, his three sons Alan, David and Thomas, and later generations of the family.

Robert Stevenson was born on 8 June 1772 in Glasgow and died on 12 July 1850. He was the son of Alan Stevenson, a partner in West India House.

The first mention of Robert Stevenson in connection with the Northern Lighthouse Board was in 1794 when Engineer Thomas Smith, entrusted Robert with the Superintendence of the erection of Pentland Skerries Lighthouse.

Prior to this in 1791 Stevenson held a similar position in the building of Clyde Lighthouse on Little Cumbrae in the River Clyde. This connection soon led to his adoption as Smith’s partner, which he enjoyed until his appointment as Sole Engineer in 1808. Smith was in fact Stevenson’s stepfather as his own father Alan, had died in 1774, and his mother had remarried to Thomas Smith.

During his term in office as Engineer to the Northern Lighthouse Board from 1808 until 1842, Robert Stevenson was responsible for engineering at least 15 major Lighthouses. Of these, the iconic Bell Rock Lighthouse situated off the coast of Arbroath was the most important work of his life and undoubtedly an incredible engineering achievement.

Elsewhere, many Irish Lighthouses and Lighthouses in the Colonies were fitted with apparatus prepared under the superintendence of Robert Stevenson. He was also an inventor of intermittent and flashing lights, for which he received a gold medal from the King of the Netherlands, as a mark of his Majesty’s approbation.

Robert Stevenson’s fame was not only confined to Lighthouses. Among other achievements, he was responsible for the design of London Road and Regent Road in Edinburgh, the Hutcheson Bridge in Glasgow and various railway lines.

Prior to 1808 Robert Stevenson assisted Thomas Smith with Cloch, Inchkeith and Start Point 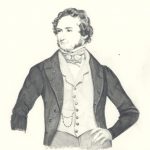 Thomas and David A Stevenson

Lighthouses built by David A Stevenson and Thomas Stevenson

Lighthouses built by David A Stevenson

David A (and Charles) Stevenson